On the 28th of March Wainuioru School is doing a Easter bonnet competition to give kids a chance to be creative by decorating a hat with the Easter theme. You also HAVE to design a hat to enter in the Easter hunt of chocolate eggs which will be placed around the school.We are doing it for a fun afternoon before Easter.
BY JESSICA LONG
Posted by Wainuioru School at 4:42 PM No comments:

On Wednesday 20 March 2013, some of the year 5 and 6 students went to the Memorial park in Masterton to play in a Rippa Rugby Tournament. The schools that were involved were Wainuioru,  Gladstone, Whareama, St Matt's and St Pat's and they each had a country that they were representing. Wainuioru was representing Tonga. Some of the other countries were England, Samoa, Japan, Australia and some others who we didn't face.
Our team consisted of Vania, Nate, Lachie, Pip, Olivia, Josh, Joe, Thomas, William and Flynn.
We played 4 games lost 3 of them and won 1.
Apparently they had a good day and Vania won a rugby ball for being the best player in the team and the team won a trophy. 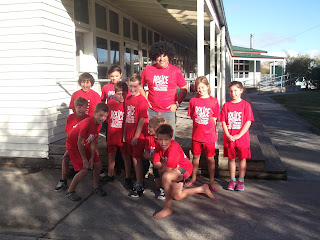 They did very well.
Posted by Wainuioru School at 4:36 PM No comments:

Last Thursday we did a school Duathlon the events were running and swimming. Each race went up in our years, so the year ones went first, year eights went last, the amount of laps and lengths each group did was the number year you were so year six's did six of each everyone tried really hard but everyone kept stopping because it was so hot, it would feel so good once your dived into the pool. After we were allowed to have two pieces of fruit, for something to munch on.
By Connor Davidson yr6
Posted by Wainuioru School at 6:04 PM No comments:

On Wednesday the 20th of March,  6 year 5's and 4 year 6's will be competing in the Wairarapa Rippa Rugby Tournament, and will be representing Tonga. We will be given Tongan Shirts and face paint on the day with Josh as the captain. We have been practicing 3 times a week. Guy Williams is our coach and we will be playing at Marist in Masterton. We are ready for the tournament on Wednesday.
GO THE MIGHTY TONGANS!!!!
By Josh and Vania Yr6!!!
Posted by Wainuioru School at 6:02 PM No comments:

Swimming Sports Regionals
On Monday the 10th of March 2013, 5 students from our school had Swimming Sports Regionals.  First was the 8 year old boys freestyle and Tommy came 5th. Next was Louis with his backstroke. Then it was Olivia's Backstroke and she did very well coming 2nd. Next it was Lachie participating in Backstroke and Breaststroke. Lachie came 2nd in Breaststroke. Next it was Isaac in breaststroke and he came 3rd. We are all very proud of the students who participated. Well done Everybody!
Posted by Wainuioru School at 6:02 PM No comments:

As part of our school wide look at our environment, we have identified that we have a bit of a problem with getting rid of our rubbish. Because it is so dry here in the Wairarapa,our school cannot use the incinerator to get rid of our rubbish.and it has been building up.
Our class decided to try to solve this problem.
As a school, we now have to take all of our lunchbox rubbish home and we are even trying to reduce the amount of rubbish that we bring in the first place.
Other rubbish gets taken to the recycling station by the teachers and we are now collecting our paper rubbish in each class and that will be taken to be recycled too.
Food rubbish gets composted and we will use the compost in our vegetable garden. The only food rubbish comes from the staffroom! The children take theirs all home.
Posted by Wainuioru School at 6:00 PM No comments:

We have two existing vegetable gardens and Guy Williams has just built two more with the help of four children in Ngaumu. Our vegetable gardens have not been well looked after in the past but we plan to grow a selection of vegetables to use for our sausage sizzle on Fridays and maybe sell some if we get too many. 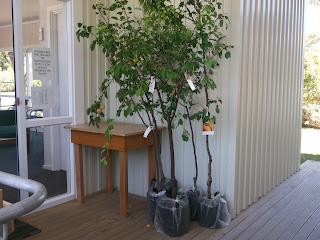 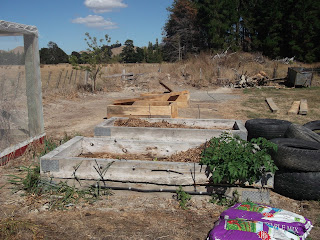 We have also been given four new fruit trees to add to our orchard. The trees are a plum tree, a nashi pear tree, a pear tree and an apple tree. We have set an area aside for a pumpkin patch and we plan to use the pumpkins for soup in the winter.The tyres will be used to grow potatoes. It is too dry to do any planting just now but we are preparing the gardens.
By Connor Davidson   yr 6
Posted by Wainuioru School at 3:36 PM No comments: